Since 2011 and until February, I lived in Capitol Hill, Seattle, where I would often pass this sign posted to a telephone pole, which says something like, “There used to be a forest that extended from here to the sea.”

I never lived in the forest, I never knew the forest, so its destruction is an abstraction.

I live in a country where we’ve constructed an abstraction of our past. My education carved out the history that would be most palpable. The point of view of this education was always inside white, looking out.

I didn’t see this at the time, of course. And most white people never scratch the surface hard enough to wonder if there’s anything underneath. They’d find a lot of dead bodies down there.

I watched Eric Garner die. I did not watch George Floyd die.

Tuesday, I went out to where people were protesting. While the news spread the footage of rage and fire, I heard voices on mics sharing pain and sadness.

Wednesday, I went out.

Capitol Hill set up an autonomous zone, known as CHAZ or CHOP. I walked around to see it for myself.

I saw things I could have never imagined: a garden in the middle of the public park. A police precinct shut down, “people’s” spraypainted over “police.” People talking, really, about silence, rights, authoritarianism. A blanket laid out on the sidewalk had a sign that said, CHAZ People’s Library. From the books there I picked up The Underground Railroad by Colson Whitehead, The Color Purple by Alice Walker, and A Mercy by Toni Morrison. How have I never read The Color Purple?

It was never assigned to me.

I never chose to read it.

And how would it have changed me if I had? What am I missing that I haven’t? When I see “I” as the protagonist, who do I immediately picture? A white man. Maybe a white woman. Until I’m told otherwise.

I Need a Better Education to Be a Better Ally

Once, on a plane, the man next to me said, “The only functional countries are run by white men, did you ever notice that?”

I had only the education to sit there with my mouth open, knowing that what he was saying was wrong.

I didn’t have the education to say, “Well I think that’s because the white men were the ones who invaded countries and made slaves of people, stole rooms of gold and centuries of labor. They drew the country lines of Africa without respect for the territories, dividing tribes and banding others together. Do you think that might play a role in your perception of what’s going on today?”

And let his mouth hang open.

I graduate college without an understanding of colonialism. I had to board planes, climb mountains, read books like The Last Days of the Incas to understand, to look at a Spanish cathedral and no longer ooh and ah, but sneer, thinking about the Incan slaves who built it.

I had to educate myself, and that education will continue for the rest of me.

What now, we all must ask.

How will we respond?

My response always feels like getting very still and emptying. Trying to remember I have no idea what reality is. But then, you must do something. Even if it’s to check Twitter yet again.

Here’s my Step 1, for it always feels like Step 1. It’s a compilation of requests from Black voices. It’s watching and learning.

So unless I’m totally off-base here, I’m going to dedicate a year of my reading to black authors. Because the thing I can do is give this year of change to my ears opening to black voices.

Black leaders are asking us to listen deeply, to learn. This week I was reading for my coaching student, Liz Covey, and in her work she wrote, “I have heard leaders in the Black community such as Meera Mohan Graham ask for us White folks not to boldly lead, but to absorb and amplify the voices of those who have been long at work in these movements, which she pinpointed numerically as ‘80% absorption and 20% amplification.’ Meaning, above all: TAKE THIS IN. You can act later. Now is the time to watch and learn.”

If I read for just a short while, or just a few books, I might hit the antiracist books and stop there. They’re important, but not the only books to be considered. Fadama Hailie reminded me I need to go beyond that:

The classes I never took offer syllabi for us to follow: Survey of African American Literatures I: Beginnings through the Harlem Renaissance at my alma mater, University of Florida says that by the end of the semester, I should:

I looked at 10 classes on African American lit, and here are the most common required texts:

I’ve read two of these.

If you have children, you might think about including them.

“White people didn’t grow up having to empathize with Black characters but Black people had no choice because the only images we saw were those of white characters. If that’s true, all the more reason it is important for white parents to buy books with diverse characters and themes,” said Tricia Elam Walker, “Why Diverse Books Are Important for Everyone-Not Just Marginalized Kids.”

I also noticed tweets about this list from The Schomburg Shop popping up: “The 95 titles on the list represent books we and the public turn to regularly as activists, students, archivists, and curators, with a particular focus on books by Black authors and those whose papers we steward,” their website says.

I bolded the books I’m especially interested in (mostly because these writers have been recommended to me or I follow them on the socials), and noted where I’d read one before and recommend:

Other books I recommend:

Want to support a black-owned bookstore?

Purchase these directly from The Schomburg Shop.

Or support these Black-owned bookstores on this map created by a bookseller (click on the icons to get their information):

Will reading black authors for a year solve racism once and for all?

No, of course not. It will set a foundation for my knowledge, introduce me to more authors who will be my favorites for life, make me into a person who can discuss racism with a racist with more educated perspective rather than just telling them to F off.

Is reading Black authors all I have to do?

No, but it will inform what you do in the future, how you see, and who you become.

Hopefully, a person who will stop things like this: To Thrive as a Freelancer, Enter the Writing Matrix 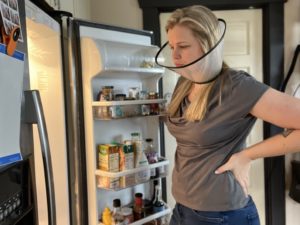 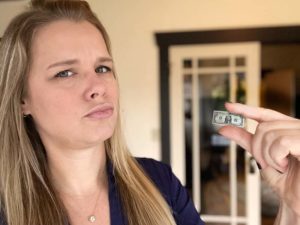 You’re (Probably) Undercharging. Now is the Time to Change That